For the longest time, people have wondered if there truly is life on Mars. Now reports are telling us that although NASA’s Curiosity Rover has found evidence of ancient organics on the Red Planet, the discovery may have been delayed by a previous error. There are speculations that the organization found organic molecules almost 40 years ago but unfortunately, the evidence was destroyed before it could be studied.

The Curiosity Rover has been on Mars since 2013 but the rover only recently gathered organic molecules from sedimentary rocks this year. Needless to say, NASA was extremely excited with the discovery, which included seasonal changes in atmospheric methane. However, there is a possibility that these revelations may have been found by the Viking mission during the 1970s.

Curiosity is credited for being the only rover that has discovered ancient organics on Mars. 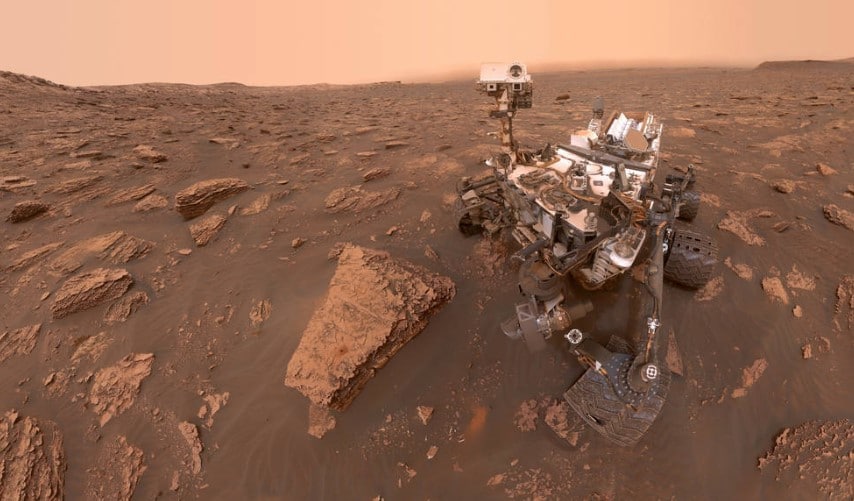 In 1975, NASA sent two Viking landers to Mars in order to explore the planet’s surface. Neither of the two landers was able to find any organic materials. However, a new report suggests that the rovers accidentally burned some complex organic molecules on the Martian surface.

The idea involves the Phoenix Lander, which was sent by NASA to Mars in 2008. The rover reportedly found traces of a toxic compound known as perchlorate on the surface. Although it is somehow volatile on Earth, the compound is rather safe on the Red Planet due to its cool climate.

NASA has released a video confirming that ancient organics have been discovered on the surface of Mars.

There is a possibility that the Viking rovers had heated Martian soil to around 500 degrees and accidentally incinerated organic molecules along with perchlorate. This would explain why there were no molecules found on Mars almost 40 years ago.

So far, there is no confirmation yet about what truly happened when the Viking rovers landed on Mars several decades ago. Nevertheless, NASA is optimistic about Curiosity’s discovery this year and scientists believe that there would be more solid evidence of life on Mars within the next few years.