A short footage recorded on a man’s smart doorbell camera system has recently showed us that, yes, there is definitely hope in humanity. The said video featured three young kids returning a wallet they found – which it contained $700 of cash.

Jamie Carlton of Aurora, Colorado posted the clip on Facebook and much to his surprise, it later went viral. Netizens from everywhere shared it and left heartwarming comments.

“If this doesn’t renew or at least refresh your faith in humanity, you need help,” Jamie Carlton wrote in the caption.

In the footage, we see the children approaching the front door and leaving a message after an automated recording asked them to do so.

One of the kids said:

“We found your wallet outside of your car and we just thought we would give it back to you. I’m gonna put it over here so no one takes any money.”

The kids then went their way, riding their bikes. 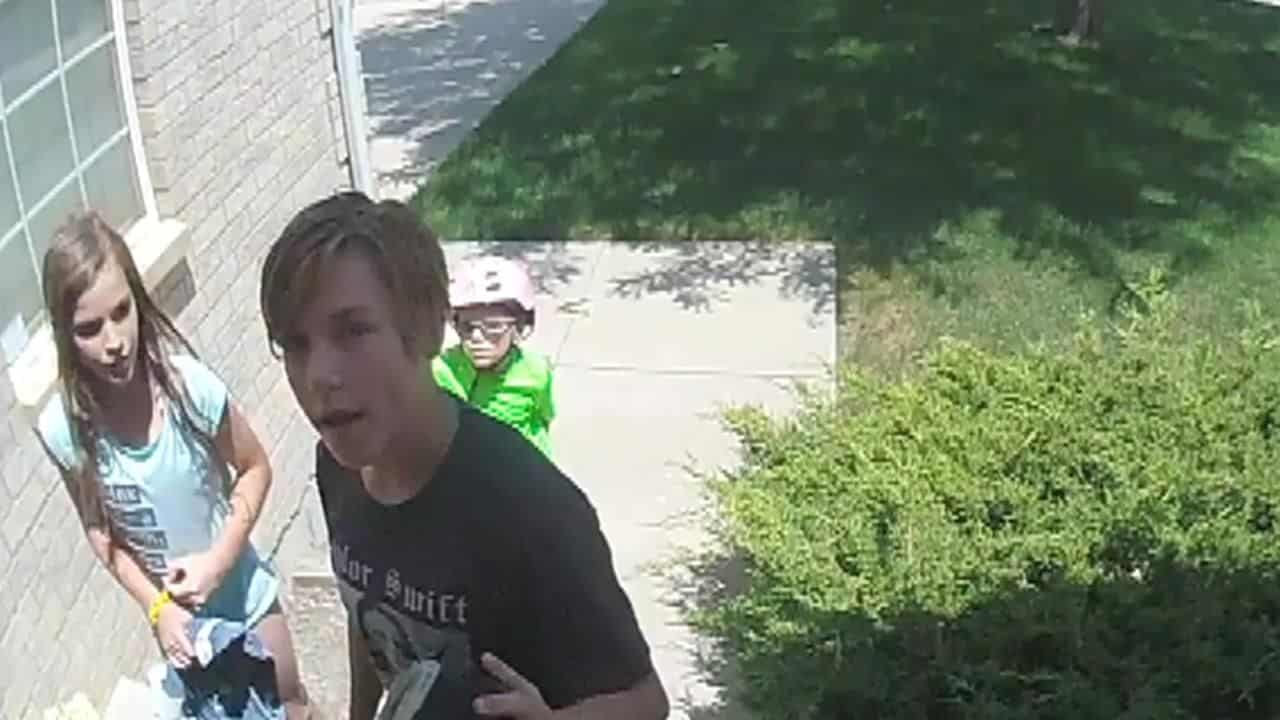 “These kids are amazing, we would love to find them to reward them and thank them. Their parents should be so proud of them. Any help finding them would be great.”

“We need more stories like that. I found a wallet on the floor on Walmart a few years ago and turned it in. Just as I came up to the front desk to turn it in the man was there wondering if anyone had turned it in. He was so incredibly greatful. He had just cashed his paycheck and would have been in a terrible place. Not only the cash but replacing all of his ID. We must take care of one another.”

“The mother of two of the kids has contacted me,” Jamie later updated. Moreover, several news stations also got in touch with him to cover the story.