Lee Kenny only wanted to go for a good swim but a few moments after he stepped in the pool, he realized that something’s wrong – terribly wrong, at that! As you can tell from the headline, this poor guy was pranked by his friends with a dissolvable swimming trunk.

It’s an unimaginable scenario that no one would definitely want to be in, especially in public. But that’s exactly what Lee had to deal with while he was in the pool with Sinead, his wife.

“Me shorts have broke!” 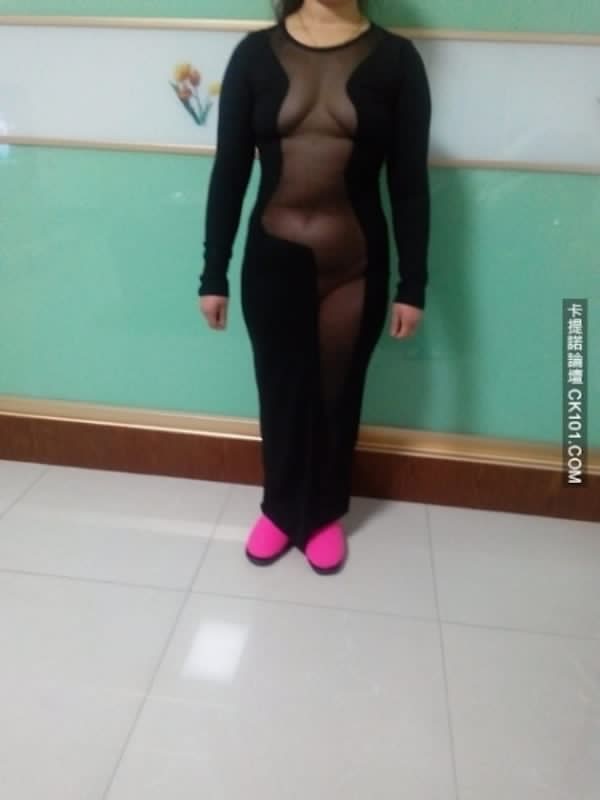 Of course, it turned out to be very hilarious, awkward, and embarrasing at the same time. Who would want to be caught off guard like that, right?

So understandably, Lee began to feel uneasy the moment he realized his swim trunks began dissolving.

His friends, meanwhile, spent the entire time laughing and capturing everything on film. 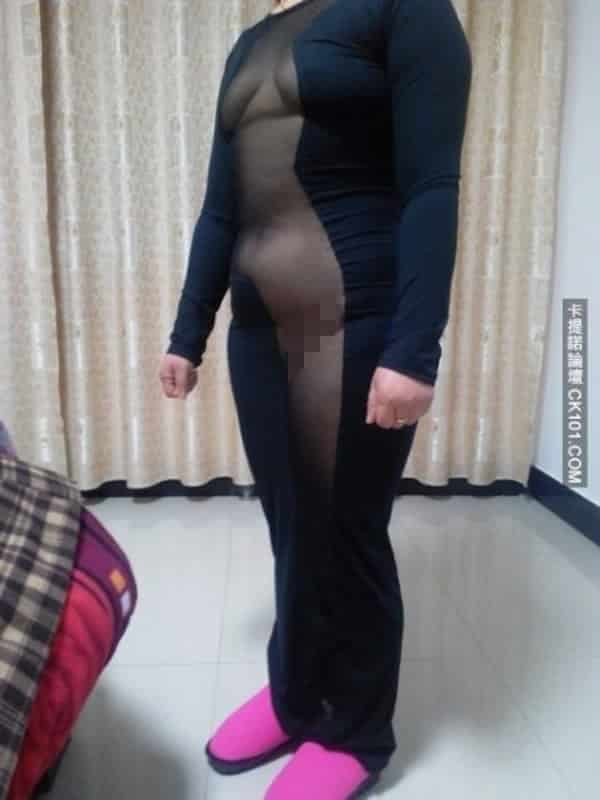 In a Unilad article, we learn from Rachael Whittaker that she, her husband, and several of their friends planned the prank before they went on vacation to Ibiza.

“My husband had heard about some ‘dissolvable swim shorts’ and thought it would be funny to set up our friend Lee Kenny for when we go on holiday.

“We went on a group trip to Ibiza in July (10 of us went) it was a friends/couples trip.

“Everyone was in on the dissolvable swim shorts secret, except for Lee and his wife. We didn’t want to risk her letting it slip.”

Lee laughed it off, too. But we bet he’s melting inside – just like his shorts! 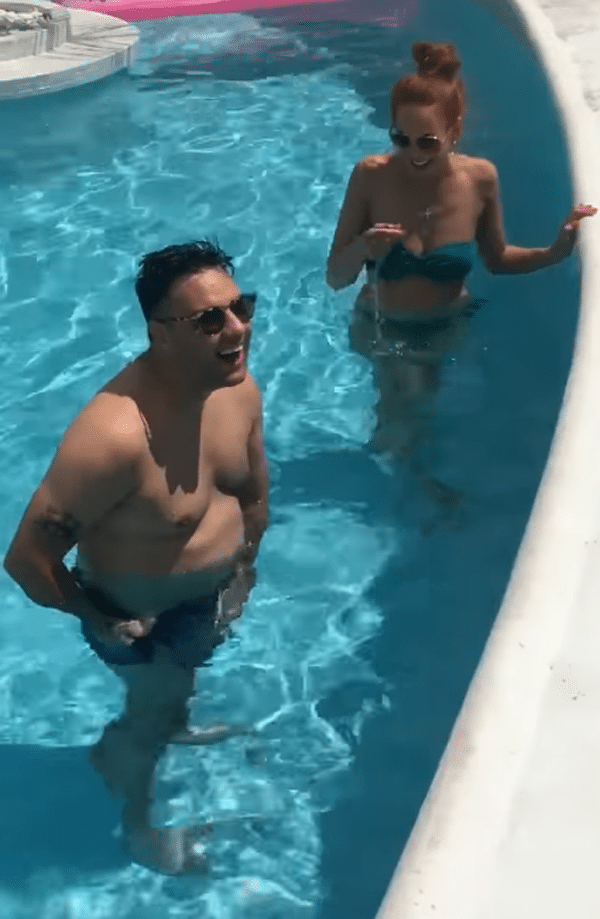 It was a well-orchestrated prank and they totally got him. 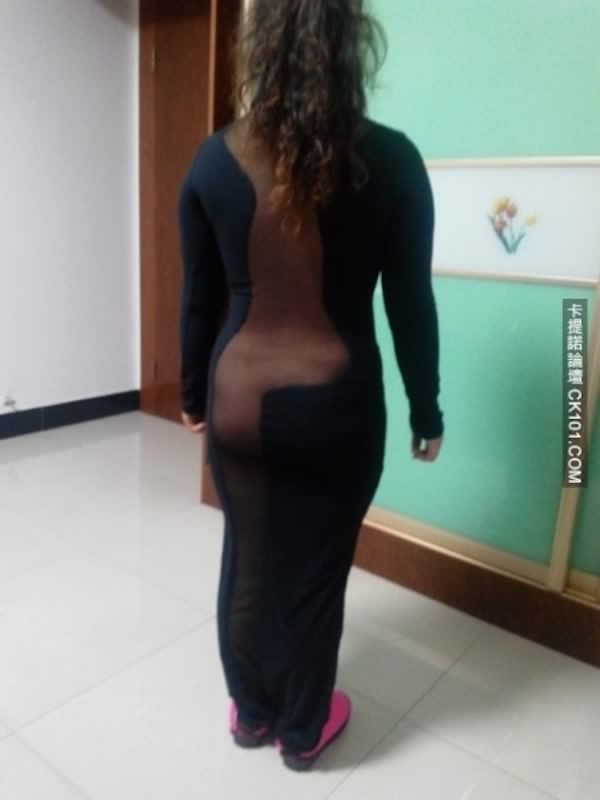 According to Rachael, one of their friends pretended he found the shorts with Lee’s initials so he got it for him.

“He told Lee he would buy them for him as a present for our forthcoming holiday to Ibiza and all the lads pretended to be jealous of Lee for receiving a present and for having his own personalised swim shorts.

“This guaranteed Lee would wear them while away without suspicion. Lee took great enjoyment in showing off to the lads how special and important he was for having such great shorts.”

“The first day of the holiday Lee proudly arrived at the pool in his dissolvable swimshorts with no idea what was about to happen.

Fortunately for Lee, a waitress came to the rescue as he left the pool. 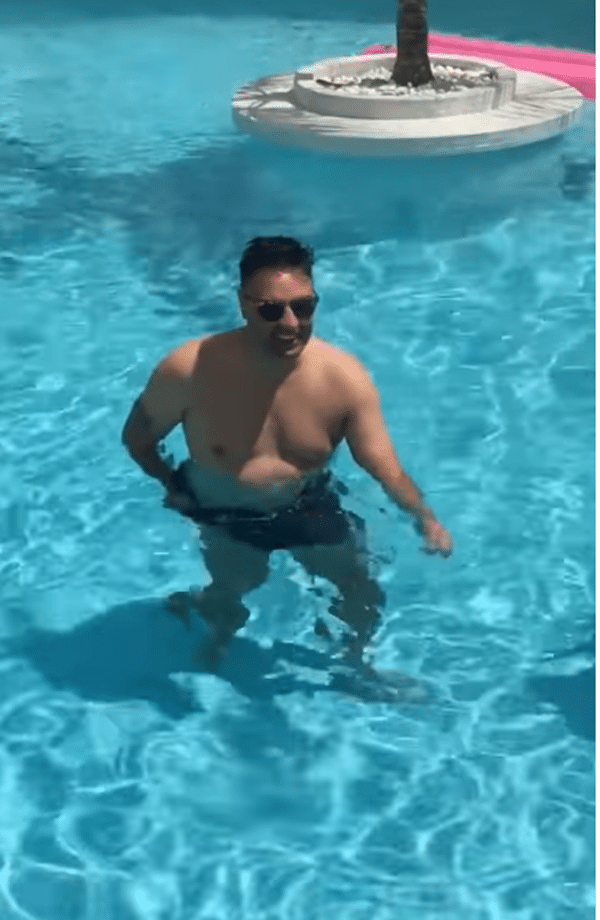 “In the video, you can see Lee and his wife. Lee couldn’t get out of the pool without walking out through a group of people. He had no towel to grab and ran back to his room. Luckily the waitress helped cover his modesty with a drinks tray.”

These dissolvable shorts are definitely THE ultimate prank item!

If you’re as bad as Lee’s friends and want to pull this prank on a poor soul, you should check out the Little Wedding Treasures online store.