Everyone has their own idea of what would be the ideal wedding. For one couple, they decided to go with a traditional Viking wedding complete with a Gothi, two longboats, throat singers, a blót ritual, and a wild boar feast.

Elisabeth and Rune Dalseth were married on the banks of a lake in Norway alongside two longboats that were rented for the occasion. The pagan ceremony was officiated by an Old Norse priest known as a Gothi and is said to be the first real Viking wedding in 1,000 years.

The happy couple poses with the gorgeous longboats.

The ceremony was more than just a show. The couple has adopted a pagan lifestyle since they met in 2016. Although they are both Christians, Elisabeth and Rune are practicing pagans. They have even named their six-month-old son after the legendary Viking hero Ragnar Lothbrok.

Little Ragnar may grow to adopt the Viking lifestyle like his parents. 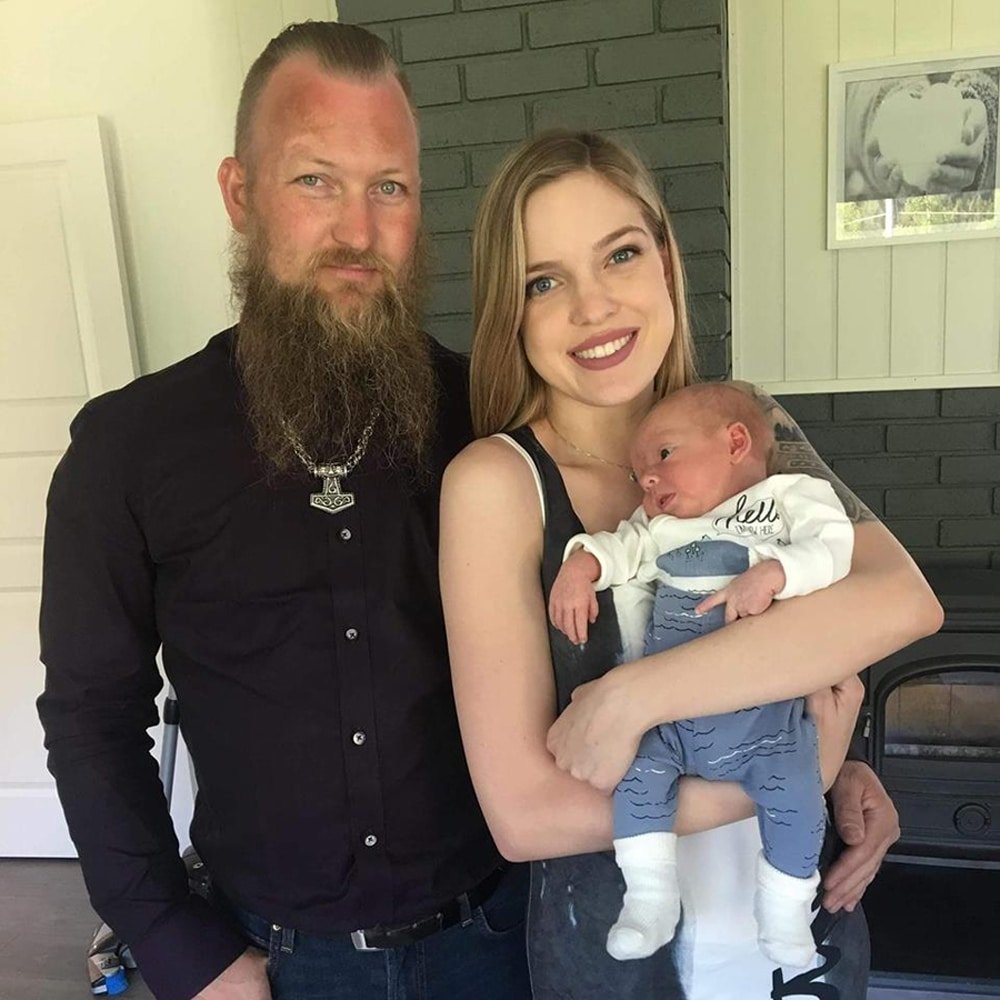 The wedding stayed remarkably true to the traditional ceremony. 27-year-old Elisabeth arrived in a white dress. Her 36-year-old carpenter groom had a more dramatic entrance as he rode in on one of the longboats. The ceremony required a blot ritual to please the gods before the couple said their vows.

Rune looks like a proud Viking warrior as he arrives in a longboat. 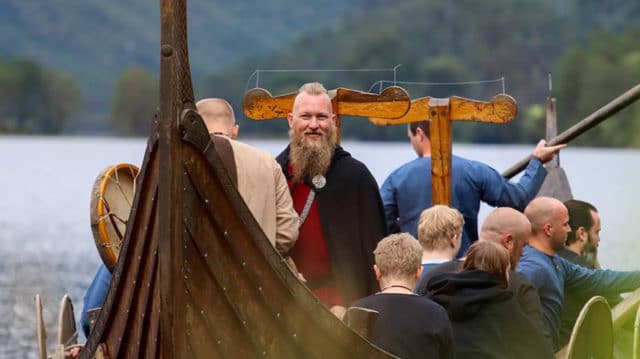 The Gothi reading a pagan blessing. 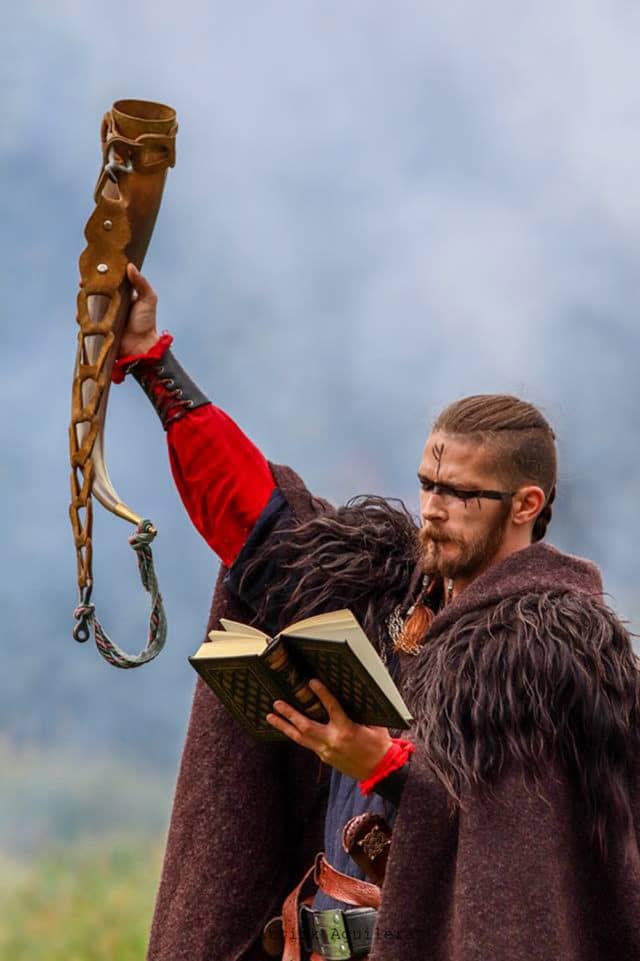 After the ceremony, their relatives competed in a custom known as Brullaup. This is a race between the family of the bride and the family of the groom where the loser will serve the winners during the hog-roast feast. 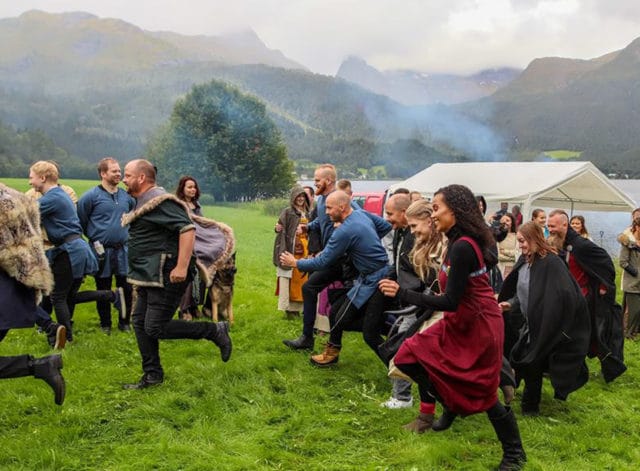 The couple is part of an ongoing movement in Norway that is aiming to revive the Viking lifestyle (minus the pillaging). Rune has been part of the movement for two years when he met Elisabeth, who happily embraced the practice.

“Rune completely opened up a new world for me, and I soon fell in love with the people and the spirituality of it,” she said.

The couple’s hands are bound around a sword as part of the wedding ceremony. 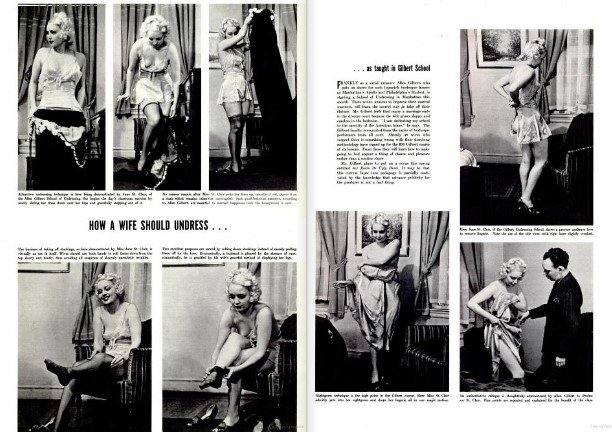 The Viking revivalist movement currently has over 6,000 members who are more than just fans of the History Channel series Vikings. Elisabeth and Rune’s wedding might be the first traditional Viking wedding in over a millennium, but it probably won’t be the last.