What do you do once you finally get your hands on your dream vehicle? For one man from Jiangsu, Yangzhou in China, it’s important to express gratitude to the heavens and bless his new BMW by buring incense.

Unfortunately for him, things didn’t end well. So now he’s probably regretting that he did it in the first place! 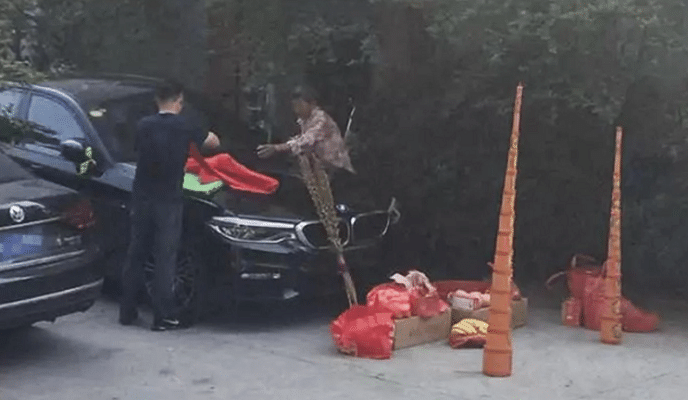 As you will notice in the picture above, the luxury car did not even have a license plate yet. A red cloth was placed on top of the hood while offerings were seen around the car. In Chinese tradition, the color red is often associated with good luck.

According to Shanghaiist, the Yangzhou fire department “suspects that is where the blaze began, with the man burning incense on the cloth.”

The brand new car, reportedly worth $73,000, quickly got consumed by the fire in 20 minutes. 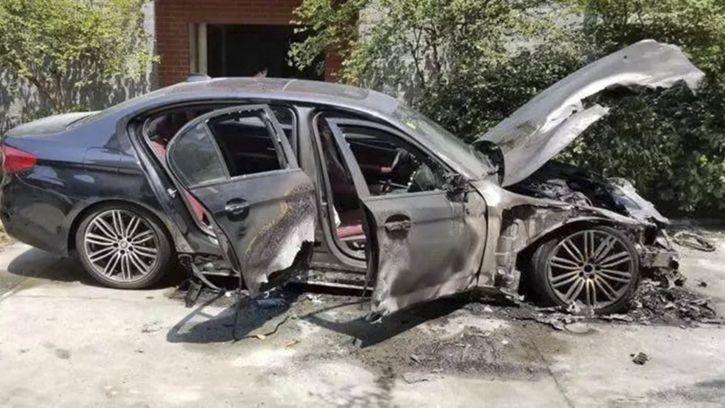 The firefighters later arrived and it took them more than 10 minutes to put the flames out.

Meanwhile, a Tribune post tells us that the man bought the brand new car “at double the cost of the US model” (500,000 yuan) specifically because of China’s “imposition of high taxes on imported cars.”

As we all can see on the photos, the damages are really bad that repairing the vehicle is already out of the question.

The video gained mixed reactions from netizens and others have even mocked the man and his beliefs, joking the gods probably didn’t like his new ride.

As for us, we definitely can’t help it but feel bad for the dude. Owning a brand new luxury car for only less than a day is such a major heartbreak!

Leave a comment below and tell us what you think about this story.